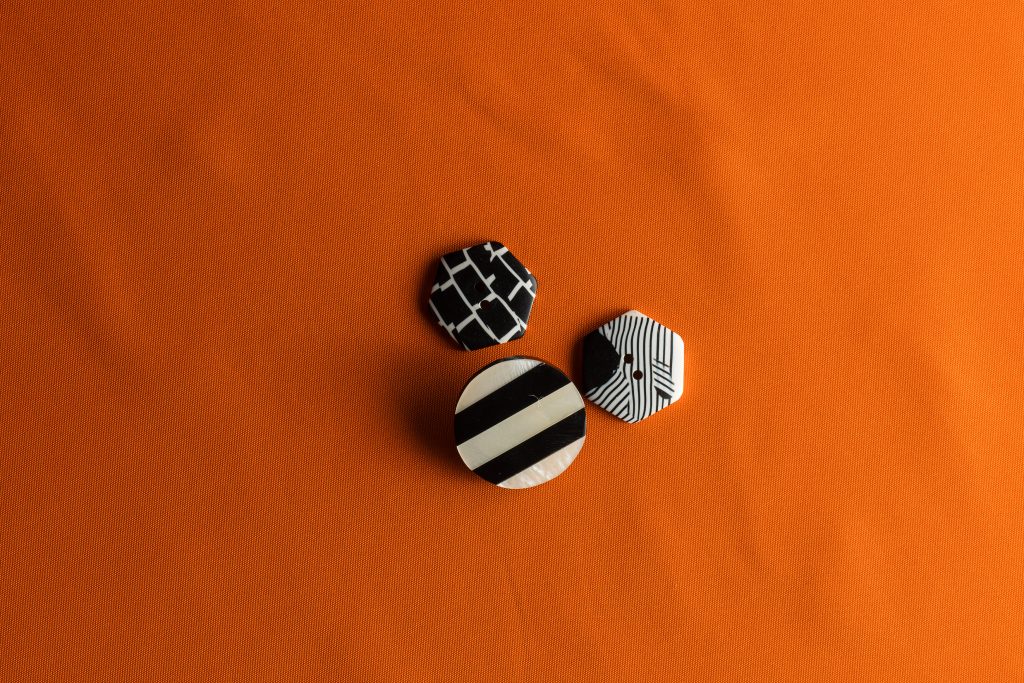 Transforming your outfit does not have to be a major project. It’s the little details that can dramatically change a vintage look and the simplest way to do that is with vintage buttons. Vintage buttons are tiny art pieces that can carry huge historical value. Whether you’re a button collector or just need help to alter a garment, you’ll find thousands of buttons of every type of material and size to suit your needs at Isa’s.

We even carry vintage designer buttons from Saint Laurent, Chanel, and Valentino that can help bring new life to your favorite piece of clothing. It’s important to understand why these tiny pieces can be so valuable.

Button collectors take simple, utilitarian objects taken for granted by millions of people each day and group them into delightful displays that make you stop and think. If you have a bakelite, celluloid, art deco style, or ivory button, it suggests that it’s vintage. But, since women’s fashions in the 19th century regularly included buttons, these are common and not necessarily valuable. Vintage Buttons that are worth anything are typically from the 18th century and earlier as they are considered rare and valuable.

How to Identify Antique Vintage Buttons

Antique buttons can be made out of just about anything, from antlers and bone to glass and ceramics to metals and stone. Military buttons are in a class by themselves, with categories for flat buttons made of lead or pewter, two-part convex buttons, and buttons produced for officers. But whatever their material, size, age, or lineage, buttons are fascinating little objects, items that are so utilitarian yet so varied, they just about beg to be collected.

Have you ever considered the different ways buttons are made? There is the face of the button, of course, which can be painted, embroidered, or carved. Then there’s the back, which is home to the button’s shank. This is the loop that allows you to attach a button to an article of clothing. Some shanks are built into the button—these are called self shanks.

Others have shanks made out of small loops of metal, which are attached to the button in any number of ways. Some buttons have no shanks at all—instead, the button is pierced with two, three, or four holes so it can be sewn directly onto a garment.

What Makes A Button Valuable?

In general, clothing button prices can range from a few cents to a few hundred dollars each. Only rare examples in stellar condition bring high dollar values though. Embellishments like hand painting and enameling on antique French or Victorian buttons can lead them to be worth $200 or more. Old pottery buttons crafted and hand-painted by American Indians can also sell in that price range. And, unusual motifs like dancing frogs on an old metal button can bring in $150 to $200 as well.

This rare material is the very first man-made plastic. They can be opaque, transparent or both and come in all shapes and sizes. These buttons were popular in the early 1900s. The downfall of celluloid is that it is highly flammable.

Lucite has a low density but was stronger than previous plastics. Like some of the other type plastics, old Lucite buttons could be colorful with glitter embedded in them or rhinestones mounted on them. They were also made into shapes like flowers or animals. Lucite buttons and jewelry was most popular from the 1930s on through the 1960s.

Can’t get enough of the beautifies found in vintage designer buttons, metal buttons, or victorian glass buttons? Then see some of our other guides on gorgeous couture we have in stock – Lace and Velvet. Add some unique flair to outfit or come into our showroom in the Wynwood / Miami Design District area and create something utterly yours to be ready for this holiday, gala, and event season.

We invite you to sign up to our guest book.
By signing up you will be updated on things happing with Isa Couture Fabrics

By submitting your information you agree to sign up for our marketing newsletter and to be notified of any deals, offers, or promotions. This coupon may not be combined with any other offers. Offer valid for first time customers only. Other restrictions may apply.